Love for our land

The recovery of spaces
and their history

The Stufa dei fiori, is a small body of factory leaning against the Casino dei Principi, adapted around 1843 to this use on a pre-existing. The ancient Serra, which internally measures about 13×3 meters, was responsible for the reproduction or shelter of species, especially flowering, that needed a more temperate climate in the winter season.

In the late nineteenth century, demolished the old wooden roof and the beat of lapillo, the flower stove was elevated by about a meter to accommodate exotic species of greater height and obtain more light and heat essential for the growth of plants, For this purpose it was also equipped with an iron and glass pitched roof, also two arched rooms were opened at noon, adjacent to the existing entrance and inserted the windows above the entrances to the south.

The ancient Serra was very dear to the Duchess Elena D’Aosta and, probably, when the noblewoman of the House of Savoy lived in Capodimonte in the ’30s of the twentieth century were added two other entrances and windows on the southern front, the two entrances to the north and west and opened a gap to the small nursery. From the stove you access in fact, to a small fenced green area of about 500 square meters. This small nursery, probably, occupied a small portion of that large area once called “Pipiniera” in which they were cultivated, in the open ground or in pots, the most valuable plants of the Giardino dei Principi and whose existence is still legible on the Pianta Schiavoni dating back to 1875. 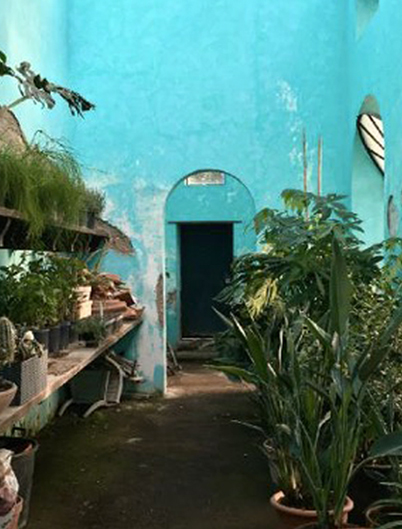 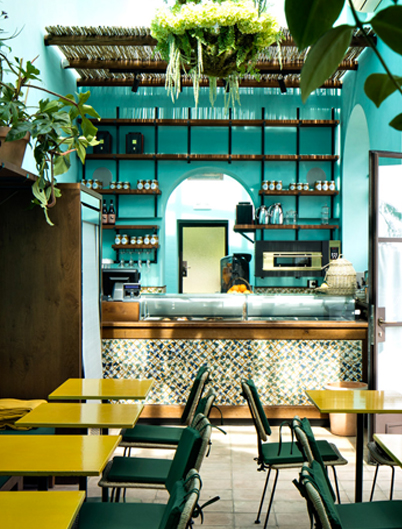 Before the works, the small factory, previously restored at the end of the last century, was rather degraded. The redevelopment of the historic building has been carried out thanks to the extensive investigation of the technical-construction issues, the issues of architectural and functional redevelopment and the improvement of plant and energy performance; proposing solutions also through the study of interventions to protect materials and their peculiarities, especially in structural restoration interventions, where works of greater direct impact on the historical material are needed.

The restoration included restoration and consolidation of the walls, injuries at the upper windows, remaking of the plaster, mostly falling and deteriorated by damage caused by moisture and the state of neglect. The interventions, in virtue of the maximum safety to be ensured in view of the new fruition to the public, have also concerned the replacement of all the glasses of the cover as well as of the external window frames in iron, favoring the use of modern materials, durable and environmentally friendly; for glass, for example, types of sheets with particular refractive characteristics of the sun’s rays have been chosen in order to regulate the temperature of the interior spaces now intended for the public.

With attention and respect to the historical features of the place have also been privileged materials bearers of the values of identity and traditions of the territory such as terracotta floors, Neapolitan tiles, majolica ceramics and hand painted, that embellish the area of the sales counter; and yet the wicker panari evocative of traditions and crafts present in the collective and emotional memory of the Neapolitans and symbol of ancient local traditions known even beyond regional and national boundaries.

Combining the attention for the historical-philological component with the use of the most modern technologies through spectrophotometry analysis, it was possible to propose for the interior the color “Vetriolo di Cipro”. The particular shade of intense blue probably dates back to previous restoration works, first at the end of the last century and more recently in the 2000s. The choice must have been dictated by the fungicidal properties that Vetriolo di Cipro possesses as copper sulfate and that must have been particularly functional in environments with a high humidity rate such as greenhouses.

The realized color has been obtained with the spatulate on white plaster, a particular pictorial technique that makes the surface of the wall shiny and smooth but above all rich in veils, thus allowing to recreate chromatic shades perfectly corresponding to the ancient glazes of copper vitriol used in the past.

The restoration and redevelopment of the Stufa dei Fiori also affected the surrounding green area, survival of the ancient nursery of which the Greenhouse was originally equipped. This small nursery, probably, occupied a small portion of that large area once called “Pipiniera” in which they were cultivated, in the open ground or in pots, the most valuable plants of the Giardino dei Principi and whose existence is still legible on the Pianta Schiavoni dating back to 1875.

The botanical project was based on historical-documentary research of plans, paintings, photographs, and other particularly significant archival material such as floristic lists. Thanks to a document belonging to this last category, we still keep today, as a precious testimony, the list of plants present in the greenhouses of the Real Bosco in 1883. The text shows species and quantities cultivated at the time and, from reading, we can see a predilection for exotic varieties that were then directly used for application in different industrial areas: from textiles to pharmaceuticals but also gastronomic and floriculture.

Respecting the historical memory of the place and with a scrupulous attention to detail, the garden of the Stufa dei Fiori, Tisaneria-Bistrot, presents immediately – close to the wall facing west – a parterre of aromatic and officinal plants with lavenders, thyme, rosemary, santoline and sage, but also passiflore of different species including the Passiflora edulis, from which the passion fruit is obtained, widely spread in the food industry.

From the botanical list of 1883 emerge also many exoticisms from more continents such as the Phormium of New Zealand or the strelitzie (Strelitzia reginae) of South Africa, but also plants of Asian origin such as the Japanese cedar (Cryptomeria japonica) and the osmanthus (Osmanthus heterophyllus) and still plants from the American continent such as the tulip tree (Liriodendron tulipifera) and the oak leaf hydrangeas (Hydrangea quercifolia)

Among the collection of selected plants are present in a conspicuous and significant the genera banksia and grevillea, Australian shrubs very dear to Friedrich Dehnhardt, German botanist and landscape designer appointed in 1814 director of all the gardens of Naples, to which we owe the dress of landscaped garden of the park still clearly visible today.

The garden of Stufa di Fiori, so renovated, is now a sought-after example of botanical collecting that, while fully expressing the concept of the nineteenth-century garden, enhances, through a contemporary reinterpretation, the plant component with a setting that mixes exoticism to endemisms, eccentric plants from the kaleidoscopic polychrome foliage to sculptural plants with plastic-architectural bearing.

Thanks to the new use of the Serra, open to the public with tasting activities but also literary meetings, artistic and social, the garden expresses the educational and civic vocation of the whole place through a meticulous sign of the botanical varieties present with 72 new plants planted, so that the Stufa di Fiori and its garden can also be a place, open to all, for the understanding of the extraordinary complexity and biodiversity of the plant world.

Tasting of herbal teas, drinks, preparations derived from agricultural products and flowers of the Giardino Torre and the Stufa.

Social market with sale of organic products from sustainable agriculture.

Cultural, artistic and literary events and meetings in the scenic setting of the garden and the structure.